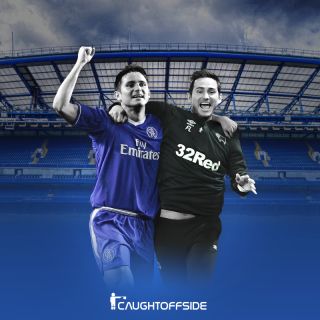 Frank Lampard’s Derby will be looking to remain in contention in the playoffs tonight – Can the Rams take all three points?

Ten points and ten places separate the two sides in the league table, with Preston lingering in 16th while Derby occupy the final play-off spot.

After six games without a win in all competitions North End have since won two league games on the bounce, both away from home, but are still searching for their first home victory of 2019.

Alex Neil’s side though, are without a home win against Derby since December 2008.

Derby, with a game in hand, are eight points behind second place Norwich as we enter the business end of the season. There’s much to play for.

Frank Lampard has been busy in the transfer window with Leicester City midfielder Andy King arriving on a loan move until the end of the season, while old Chelsea team mate Ashley Cole has joined as a free agent.

Tom Huddlestone has decided to stay at the club despite transfer speculation yesterday. Lampard’s side have been pretty inconsistent on the road, with their most recent away outing finishing 2-0 to Leeds.

That was the first time they’d failed to score on the road in nine games. The Rams are 13/8 to score two or more tonight.

With home advantage Preston are 13/10 favourites to bag all three points, the draw is 12/5 and Frank Lampard’s Derby are 2/1 to pick up an away win.