Former Chelsea defender Ashley Cole has revealed that Luis Felipe Scolari was his favourite manager during his time at Stamford Bridge.

The Englishman spent eight successful seasons with the Blues, winning the Premier League, Champions League, Europa League and League Cup each once apiece, along with four FA Cups.

Cole played under several different managers between 2006 and 2014, including Jose Mourinho, Carlo Ancelotti, Guus Hiddink and Roberto Di Matteo, but he has surprisingly named Scolari as the best of the bunch.

“He came and brought this new lease of life, it was just like playing for Brazil. He had me bombing up and down against people like Jamie Carragher, and Jose Bosingwa was on the other side. 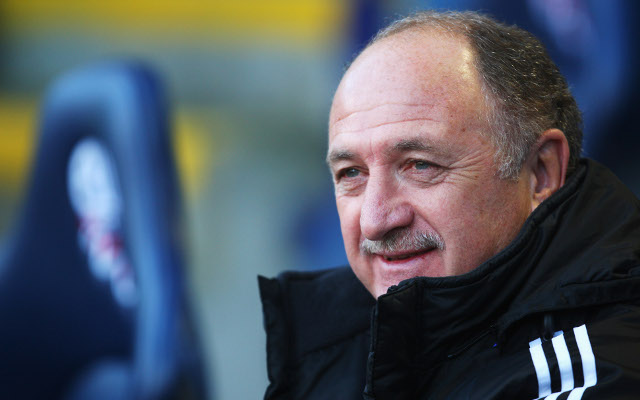 “We had no rules in terms of we could go and play where we wanted, the left and right-backs were going at the same time, which is unheard of at times, and we were playing some great football.

“It was the best football we played in a Chelsea shirt but he got the sack six months later.”

Scolari’s time at Stamford Bridge was full of ups and downs, despite the fact he managed to enforce a fluid-attack minded style which produced some thrilling football on a consistent basis.

The Brazilian coach is best known for leading his country to World Cup glory in 2002, but he has enjoyed a long managerial career which has included stints at a wide variety of different clubs.

Cole’s place in Chelsea history was cemented during a hugely successful period for the club, but it is unlikely that he will be most fondly remembered for his displays while Scolari was in charge, despite his admission.

The 38-year-old has just returned to English football to work under former teammate Frank Lampard at Derby, after a two-year stint in the MLS with LA Galaxy.