Juventus and Man Utd could both reportedly be left disappointed as Barcelona are said to be moving closer to an agreement on a new contract with Jordi Alba.

The 29-year-old has been with the Catalan giants since 2012, making 277 appearances for the club while winning a whole host of trophies including four La Liga titles and the Champions League.

Having already made 31 appearances so far this season, he remains a key part of coach Ernesto Valverde’s plans, and so keeping him at the Nou Camp will surely be important to Barca.

The Spaniard’s current contract expires in 2020, but amid ongoing question marks over whether or not he’ll sign an extension, Mundo Deportivo report that a breakthrough has been made in talks as the length of his new deal has been agreed upon.

It’s noted that his wages still need to be set, while Juventus and Man Utd are both specifically mentioned in the report as being interested parties. In turn, until he puts pen to paper with Barcelona, it remains to be seen whether or not either of those European giants opt to make their move and try to prise him away from the reigning La Liga champions.

Nevertheless, it has to be questioned as to whether Alba is even needed by either club, with United having Luke Shaw make the left-back spot his own this season while Alex Sandro remains a fundamental figure in Turin.

Further, with such an obvious lack of quality depth in that position, Barcelona will surely be desperate to avoid seeing Alba move on, and so time will tell if an agreement is reached on a new contract with one crucial hurdle seemingly having now been overcome after their meeting last week. 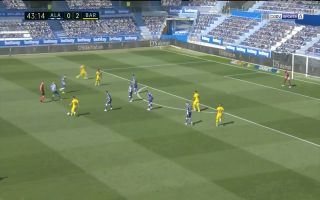