Manchester United have been a team transformed under Ole Gunnar Solskjaer, who is making a stronger case with each passing game that he should be named the next permanent manager of the club.

The Norwegian tactician replaced Jose Mourinho at Old Trafford in December, but is currently only due to take charge of the side until the end of the season.

United had looked very poor under Mourinho in the early parts of the campaign, but Solskjaer has made a real difference to results and performances.

Perhaps nothing sums up the change since the Portuguese left than this remarkable stat in the picture below from Sky Sports: 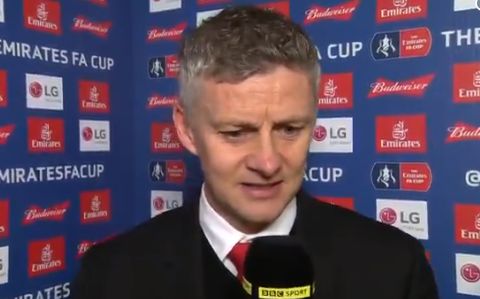 Anyone who’s watched United in recent weeks will see they’ve looked a far quicker and more dangerous side under Solskjaer, with the team now incredibly up from 20th to 1st in the Premier League in terms of ‘fast breaks’.

“He’s not ready” Jurgen Klopp bluntly rules Liverpool star out of Crystal Palace clash
Georgina Rodriguez has given Cristiano Ronaldo a bizarre ban to help prevent injury
Newcastle step in to offer Jack Wilshere a shot at redemption…. but not the Premier League club

That’s some transformation in a very short space of time, with Solskjaer truly getting them to play the MUFC way in a manner that the likes of Mourinho, Louis van Gaal and David Moyes before him never managed.

Should the former striker now be the leading contender to get the job full time?