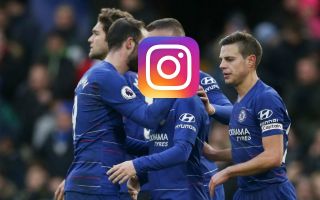 Chelsea have posted an interesting photo on Instagram of what looks like Eden Hazard hiding behind a curtain.

The Blues have captioned the picture with ‘Guess who?’ and given the contract talk and transfer rumours doing the rounds about the Belgian at the moment, it’s little surprise that this has tongues wagging in the comments.

Some fans are hoping this will be the start of the club teasing an announcement about Hazard’s future – perhaps even good news that he’ll be signing a new contract at Stamford Bridge.

Hazard’s current deal expires at the end of next season and the Mirror reported yesterday that Real are confident of signing him for around £100million in the summer.

Here are some of the comments on the post: