Tottenham striker Harry Kane should be ready for a return to action on February 23, after recovering from ankle ligament damage.

The Englishman sustained the injury during Tottenham’s 1-0 defeat against Manchester United at Wembley on January 13 and he has thusly had to miss the team’s last five matches across all competitions.

He had expected to be sidelined with injury until March, but his recovery has gone more smoothly than expected and he is now set for an early return to face Burnley towards the end of the month.

The 25-year-old is not available for selection this Sunday as Spurs host Leicester City in the Premier League, nor will he play any part in their first leg last-16 Champions League clash against Borussia Dortmund three days later, but he is now expected to be back for the reverse fixture in Germany.

This latest news will surely come as a major boost to club boss Mauricio Pochettino, who has had to make do without Kane, Moussa Sissoko and Dele Alli in recent weeks.

Speaking ahead of their Tottenham’s next clash at Wembley this weekend, the Argentine boss expressed his delight with Kane’s progress while nurturing his ankle, before revealing how much he admires the forward’s determination. 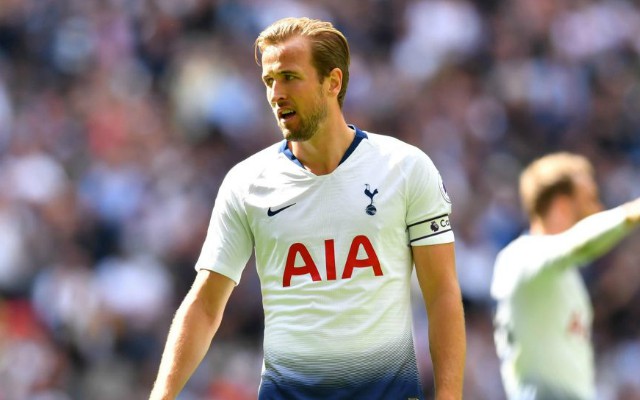 “We have to stop him every day because he wants to be ahead of his recovery and he’s very optimistic and his determination to play as soon as possible is unbelievable.”

“If you see him, he’s nearly ready to play, but we need to be realistic too. I think he’s so close to coming back again, not for Sunday and not for Wednesday, but we’ll see after.”

Spurs have won three of their five matches in Kane’s absence, but they will surely need him to maintain their title charge and ultimately overcome Dortmund over the next few weeks.

The England international is arguably the best natural centre forward in European football at the moment and the spearhead of Pochettino’s side, who are still chasing their first major trophy since 2008.