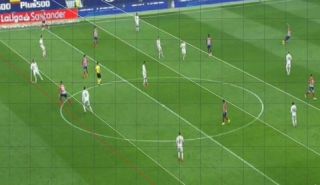 Atletico Madrid were clearly not happy after their 3-1 defeat against Real Madrid yesterday.

In the tweet below, the Spanish giants posted three images from their derby defeat, with just a single ‘thinking’ emoji accompanying them.

The pictures include Alvaro Morata’s disallowed goal despite the on-loan Chelsea striker looking clearly onside, and the penalty for Sergio Ramos despite what looks like the foul taking place outside the penalty area.

Criticising referees can land you in trouble, so it will be interesting to see how La Liga responds to this tweet with its clear dig at some big decisions from this game…