Chelsea are reportedly chasing the transfer of Marco Asensio as part of any deal taking Eden Hazard to Real Madrid.

Blues manager Maurizio Sarri is said to be a big fan of Asensio, and the club have made it clear to Real that they want him included in an exchange deal or they won’t sell Hazard, according to Don Balon.

This is pretty brave from Chelsea, who are surely fighting a losing battle with Hazard, as the Belgium international heads into the final year of his contract at Stamford Bridge.

Still, it seems CFC are determined not to be bullied into a sale against their terms, so could perhaps allow him to leave on a free if they don’t land Asensio this summer.

If they do manage to bring in the Spain international, that could end up being smart business as he looks one of the most promising young attacking players in Europe. 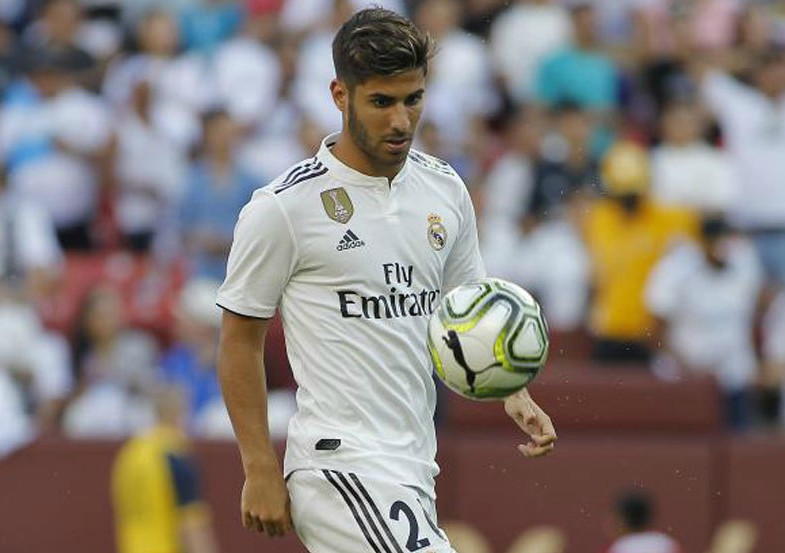 Eden Hazard could be leaving Chelsea for Real Madrid

Even if Asensio’s form has gone a little downhill this season, he could be a fine fit at Chelsea under Sarri’s style of play.

Having been in and out of the Madrid team in recent times, a move to Stamford Bridge could be just what the youngster needs to revive his career.

Don Balon suggest, however, that there is a reluctance on Real president Florentino Perez’s part to let Asensio go.