Sarri seems to have come under a bit of pressure given Chelsea’s recent uninspiring defeats to the likes of Arsenal, Bournemouth and Manchester City.

And it seems like the club are very much debating about getting rid of the Italian for Zidane if this report from the Sun is anything to go by.

The Sun’s report notes that Zidane is seriously interested in taking up a job in the Premier League, with the Blues having advanced talks this week regarding their decision to make a move for the Frenchman.

Bringing in Zidane will also encourage Eden Hazard to pen a new deal with the club as per the Sun, as the Belgian idolises the former Los Blancos coach.

It’d seem very harsh for Chelsea to sack Sarri seeing as the Italian has only been in the job since July.

The former Napoli coach has so far failed to make a significant impact at Stamford Bridge, as the west London club currently lie in sixth place in the Premier League, with a shot at winning the title being just a foregone conclusion at this point. 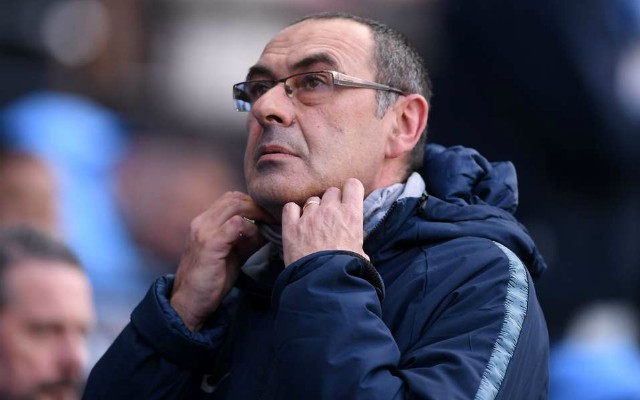 Zidane made a name for himself as one of the best managers in the world during his time in the Spanish capital, with the former Los Blancos star winning three Champions League titles during his stint in charge.

Chelsea fans would surely love to see Zidane in charge at Stamford Bridge, it just remains to be seen whether they’d be happy seeing Sarri sacked just months into his reign at the club.