Real Madrid are reportedly planning for life without Marcelo this summer, as four names have been linked with replacing him at the Bernabeu.

The 30-year-old stalwart has been with Los Blancos since 2007, making 475 appearances for the club while winning a whole host of trophies including four La Liga titles, while he’s a four-time Champions League winner too.

Although he has continued to play a key role so far this season, speculation has been rife over his future with Real Madrid, with a summer exit being touted.

As reported by Tuttomercatoweb, via the paper edition of Tuttosport, after he was left on the bench against Ajax in the Champions League on Wednesday night, it has led to further talk of an exit.

The last option on that list could arguably be the most realistic, with Goal.com noting that Marcelo has been linked with a move to Juventus, thus setting up a potential reunion with former teammate Cristiano Ronaldo.

Should that materialise, albeit he ruled it out in the report above, that would surely set up a problematic situation for Juve, having both Marcelo and Alex Sandro competing for the same spot in the starting line-up.

Neither Brazilian would arguably be happy with a back-up role or rotation, and so perhaps inserting Alex Sandro in a possible swap deal could be an option for the two clubs.

Nevertheless, Firpo, Alonso and Alaba are all named as possible targets too, and so firstly, it remains to be seen if Marcelo does leave the Spanish capital, and if so, who arrives to fill the void that he will leave behind. 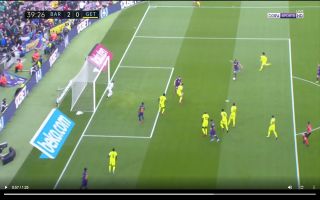