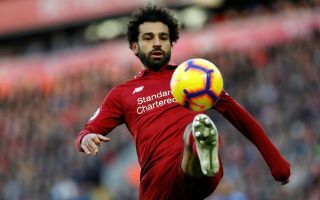 It’s arguably one of the most unrealistic rumours doing the rounds right now, but talk of a Mohamed Salah-Paulo Dybala swap between Liverpool and Juventus goes on.

Salah has quickly established himself as a fundamental figure on Merseyside, and became an immediate fans’ favourite during his debut campaign with the Reds last year.

Meanwhile, Dybala has been an instrumental part of Juve’s recent success, as he has helped guide them to a Serie A title and Coppa Italia triumph in each campaign he’s been with the Bianconeri.

With that in mind, it would seem highly unlikely that either will be leaving any time soon, let alone swapping places.

That’s what was suggested by Tuttosport this week though, who claimed that Juve would be willing to sacrifice Dybala and €50m to prise Salah away from Anfield.

As per Tuttomercatoweb, via the paper edition of Tuttosport on Thursday, further details have been shared to try and justify why such a transfer deal would suit both parties.

It’s suggested that Liverpool would benefit from the capital gain to make up for a shortfall in TV rights in the Champions League expected next season, while the Premier League giants haven’t been against selling their top players for big money in recent years.

Further, it’s noted that Dybala earns half of Salah’s reported salary and so that could also help boost their financial position.

With regards to Juve, it’s argued that Salah’s reach and profile on a global scale, both in Egypt and beyond, would essentially help cover the economic aspect of the deal.

In addition, he would arguably fit in perfectly in Massimiliano Allegri’s system with his pace and quality in the final third, while Dybala has struggled to adapt since Ronaldo arrived last summer.

With those factors being considered, a potential swap deal does begin to make more sense. However, particularly given Salah’s importance to Liverpool and what they’re on the cusp of achieving this season, they will surely have no intention of letting him leave any time soon.