Manchester United have reportedly made a shock enquiry for Borussia Dortmund ace Jadon Sancho, the Red Devils have been quoted with a £70m price-tag for the young star.

According to The Sun, the Red Devils are preparing a big-money move for the 18-year-old, this will spark controversy given Sancho’s time with United’s rivals, Manchester City.

Sancho shocked City when he decided to take the plunge and move to the Bundesliga – the youngster’s bravery has paid off and he hasn’t looked back since moving to Germany. The south Londoner’s value has rocketed since his £8m move in August 2017, as per The Guardian. 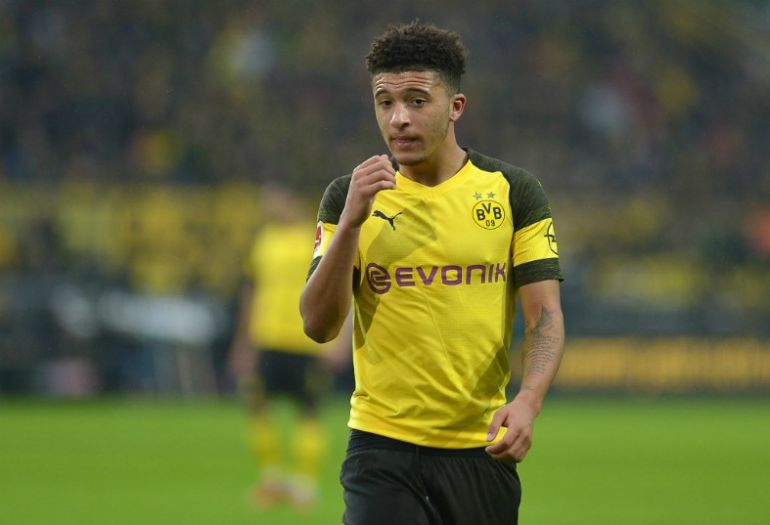 Sancho has contributed 16 goals (7 goals and 9 assists) in just 21 Bundesliga appearances this season. The youngster has been the brightest spark from Lucien Favre’s side this season, BVB are sitting at the top of the Bundesliga and Sancho could be an integral part of a team that break Bayern Munich’s dominance in Germany.

United’s noisy neighbours City have a 15% sell-on clause in place, the Etihad outfit will also have the opportunity to match any bid made for the youngster – Sancho could have to decide on a return to City or the chance to be a part of United’s rejuvenated side.

Sancho is the type of player that could flourish under the tutelage of Ole Gunnar Solskjaer (should his time as United boss become permanent), with the winger also seen as a massive part of the national team’s future – it may be worth United making a move for the star sooner rather than later.

“Why did we sign him?” – Former Liverpool star slams transfer decision that may have cost Reds the title