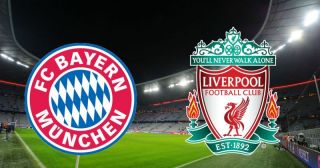 Bayern Munich have been given a timely boost on the injury front ahead of their Champions League encounter with Liverpool on Tuesday night.

The Bavarian giants travel to Anfield next week for the first leg of their last-16 tie, hoping to return to Germany with a positive result ahead of the second leg on March 13.

In order to do that, coach Niko Kovac will be desperate to have all of his senior and experienced stars available for selection, and Manuel Neuer certainly ticks that box.

After missing the league encounters with Bayer Leverkusen and Schalke, as well as the DFB Cup game against Hertha Berlin with a finger injury, the German international returned to action in the 3-2 win over Augsburg on Friday night.

Having completed the 90 minutes unscathed, the Bayern captain looks set to feature on Merseyside next week, and given the quality and experience that he possesses, especially in major games at both club and international level, that will be a huge boost for Kovac.

It comes after the 32-year-old had previously insisted that he would play, as per ESPN, and it appears as though his confident prediction will come true at Anfield on Tuesday as Bayern look to return home with a positive result to take charge of the tie.