Two of Manchester United’s biggest stars are being privately trained by Ole Gunnar Solskjaer after the team’s normal training in a bid to get United’s tactics across to them.

According to the Metro, Solskjaer has been taking private sessions with forwards Romelu Lukaku and Anthony Martial in a bid to improve their positional play, anticipation and movement.

It’s understood that the sessions only lasted around 15 to 20 minutes, this just reiterates how important it is to Solskjaer to play a exciting brand of attacking football. 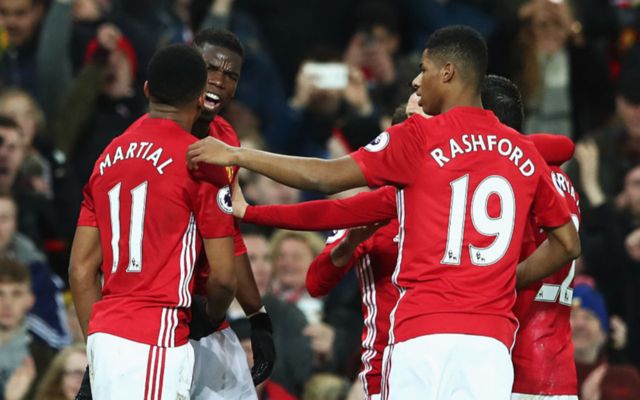 Since Solskjaer took over from Jose Mourinho, United’s forwards have flourished. The likes of Marcus Rashford and Anthony Martial have been devastating for the Red Devils.

Romelu Lukaku still hasn’t had his moment under Solskjaer, the Belgian has so far failed to follow in the footsteps of his teammates and hit some deadly form in front of goal.

Solskjaer’s style of management is something quite different to his counterparts, according to the report, the Norwegian delegates first team training duties to Michael Carrick and Kieran McKenna – the 45-year-old prefers to observe training.

It’s great to see that Solskjaer is so dedicated to developing his players and ensuring his team play the brand of football that United fans expect, I mean the likes of Martial and Lukaku are living in dreamworld if they have the opportunity to learn from the baby-faced assassin on a daily basis.