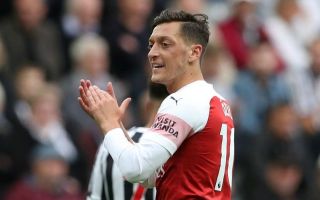 According to Calciomercato, the 19-year-old attacking midfielder is in the Gunners’ sights in what could be an exciting summer move for one of the most exciting young players in Europe.

MORE: Mesut Ozil refusing to leave Arsenal despite being shown the door by Unai Emery

The Gunners already have promising young duo Lucas Torreira and Matteo Guendouzi in the middle of the park, and Havertz ahead of them could make for a formidable trio for many years to come.

This rumour comes as Ozil is not playing regularly under manager Unai Emery, in what looks an increasingly bad call by the Spanish tactician.

Still, Havertz could be a fine long-term replacement, having shown how special he is by making history in the Bundesliga.

As reported on the official site of the German top flight, Havertz became the youngest player to reach 50 appearances in the Bundesliga.

This shows that, despite his age, the Germany international also has a decent level of experience, and has long been comfortable at the highest level.

It remains to be seen, however, if other big clubs could join the running for his signature as he truly looks an elite talent with a big future in the game.