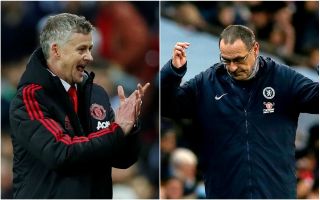 Manchester United defender Chris Smalling has revealed the players will study how Manchester City thrashed Chelsea 6-0 in their recent Premier League meeting as they prepare to take on the Blues in the FA Cup.

The Red Devils travel to Stamford Bridge to take on Maurizio Sarri’s out-of-form side on Monday night in what is one of the ties of the round – a replay of last season’s final.

Eden Hazard scored the winning goal at Wembley last May as Chelsea took home the trophy, but United look the superior side at the moment and will be hoping to learn lessons from City in exploiting the west Londoners’ weaknesses.

Ahead of the game, Smalling admitted Chelsea’s heavy recent defeat is not necessarily good news for Man Utd as they’ll be up against a wounded animal looking to give a response to that result.

Still, it seems MUFC could take some lessons from City as the England international admitted they’d take a look at that game before taking on Chelsea themselves.

“I think a wounded animal can be a dangerous opposition, but we just lost a game as well. So they’ll be wary of that, as well,” Smalling is quoted by the Manchester Evening News.

“I was watching it [against City]. Was it a 6-0 game? I don’t know. But they were clinical. And we’ll watch that game, dissect it and see where we can hurt them.”