Manchester City have reportedly identified their No.1 target to replace 33-year-old midfield general Fernandinho when the time comes, the star will cost a pretty penny.

According to The Mirror, one of Pep Guardiola’s main pieces of business this summer will be to secure the signing of a long-term successor to Fernandinho, the man in Guardiola’s crosshairs is Atletico Madrid star Saul Niguez.

City will have to meet the 24-year-old Spain international’s buyout clause of £130m, even for City’s standards a fee in this region for one player could be out of reach.

To put things into perspective a £130m deal for Saul would double City’s club record for highest fee they’ve ever paid for a player. The Citizens broke their club record when they signed Riyad Mahrez from Leicester last summer for £60m, as per BBC Sport. 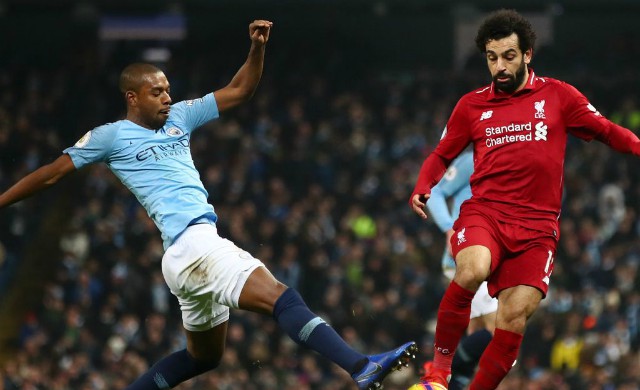 Despite some Premier League fans suggesting that the star would start to fall off this season, Fernandinho has silenced his critics by once again proving himself as one of the best midfielders in the league.

City have missed out on midfield targets to their rivals in the last year. First, they lost Jorginho to Chelsea, then they fell out of the race to sign Frenkie De Jong and the Ajax youngster has now agreed a summer move to Barcelona.

Manchester City will have to meet Atletico’s demands for the 24-year-old, as it’s highly unlikely that Saul will force a move away from the club he has been at since the age of 13.