According to one of the experts of French football, Zinedine Zidane would face the same problems as Manchester United boss as he would as Chelsea’s head honcho.

According to Express Sport, French football expert Julien Laurens believes that Zidane is unsure about taking over at either Manchester United or Chelsea because the football icon doesn’t speak a single word of English.

Laurens stressed the point that given Zidane is the type of manager that prides himself on his man-management abilities – that this could pose some problems for the 46-year-old if he was to come to England.

According to The Sun, Chelsea would like Zidane to be their next manager should Maurizio Sarri be sacked. The Chelsea hierarchy believe that the Frenchman can take the Blues back to the very top of world football. 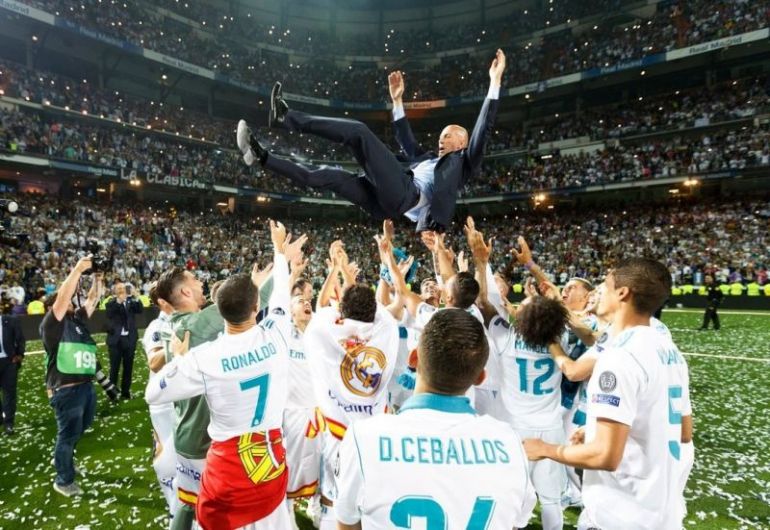 Here’s what Laurens had to say on the language barrier that Zidane could face:

“I think the idea of coaching one of the big clubs in the Premier League of course is appealing to him.

“There’s a few issues there, the language, and we talked about it before when he was linked with Manchester United as well.

“Zinedine Zidane is a manager who works a lot on man-management. They’re not all like this but he is very much like this.

“And the language, he doesn’t speak a word of English, I think he would see it as a problem to get his message across to the players.

“But also the way he man-manages all his players, all his dressing room to make everybody feel important, for example like he did in Madrid. That would be an issue.

It would be a massive risk for Zidane to come to the Premier League without knowing a single word of English, we’ve seen a shift between the power of players and managers in the last decade which means that Zidane will have to bite the bullet if the players feel as though they don’t have a good relationship with the Frenchman.

It’s understood that Zidane is also unsure on taking the reigns at Chelsea given their lack of stability when it comes to their managers:

“The fact that he won’t like the lack of stability at Chelsea with managers coming in and coming out very regularly – two years for [Antonio] Conte, maybe even less for Sarri.

“That’s something he doesn’t like and enjoy, that kind of spirit.

“So there are a lot of things I am not sure he will be so keen on.

“However, Chelsea are a huge club and he will obviously be interested in a big club and the Premier League is a league that interests him very much.”

The chances of Zidane becoming the next permanent boss of United are becoming less likely now as a result of the successful start that Ole Gunnar Solskjaer has had at Old Trafford.