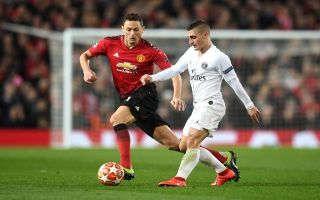 PSG midfielder Marco Verratti has reportedly agreed a new contract, the Italian star was masterful in midfield for the French giants against Manchester United on Tuesday night.

According to an exclusive report from Paris United, Verratti has agreed a new deal with PSG that will run until 2024, this is a strong message of intent from the Parisians to their European rivals. The star’s new deal will net him around €208,000 a week.

It’s clear that the Ligue 1 champions were more than happy to meet the demands of the Italy international, the 26-year-old is the cog that keeps PSG’s team ticking.

The 5ft5 midfield maestro has the ability to dictate the tempo of a match and do so with ease, the star’s talents were on full display against Manchester United on Tuesday night – the former Pescara star was able to rattle United during crucial periods within the game.

Marco Verratti won more fouls (4) than any other player on the pitch last night at Old Trafford.

Just one part of his midfield masterclass. pic.twitter.com/37WbFCYbLr

Here’s a summary of the terms of Verratti’s new deal:

?? [PU Exclusive] According to our information, #PSG and #Verratti found an agreement for a contract extension : a contract until 2024 and a yearly salary over €10m.

It’s smart of PSG to handle Verratti’s contract situation at this stage of the season, if this had been left to the summer – Verratti could well have had his turned by transfer interest. 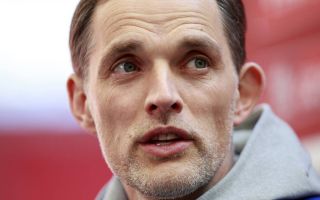