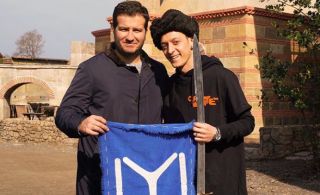 Arsenal star Mesut Ozil has apparently been spending time in Istanbul in the days between the club’s two crucial Europa League clashes with BATE Borisov.

Having lost the first leg on Thursday night – a game in which Ozil did not play – the Gunners now have to get a convincing victory at the Emirates Stadium next Thursday.

It may even mean Unai Emery is tempted to recall Ozil into his squad, but for the moment the 30-year-old doesn’t exactly seem that focused on football.

From the photos below, the German has been spending time on a film set as he takes advantage of his lack of recent playing time and no Arsenal league fixture this weekend.