The Chilean star has only managed to score three Premier League goals since his switch from Arsenal in January 2018, amid a worrying loss of form and a startling dip in his overall performances.

Many experts and fans have suggested that the 30-year-old attacker is past his best, but there have been flashes of brilliance which suggest he is still capable of being a match-winner, such as his display against former club Arsenal in the fourth round of the FA Cup.

Sanchez scored during United’s 3-1 win at the Emirates Stadium on January 25 and he is expected to retain his spot in the starting line up in the fifth round tie against Chelsea on Monday night.

With Anthony Martial and Jesse Lingard out injured, Sanchez is likely to be granted another chance to prove himself and according to Solskjaer – who compared the misfiring winger to a ketchup bottle – he just needs a goal to turnaround his poor form.

“I think he is a very good player. He is very talented but of course there is only so many things you can sit down and talk about and tweak,” Solskjaer began, as per Sky Sports.

“You saw against Fulham, when he gets his chance, he is so sharp in and around the ball with the way he wins it and with his energy. 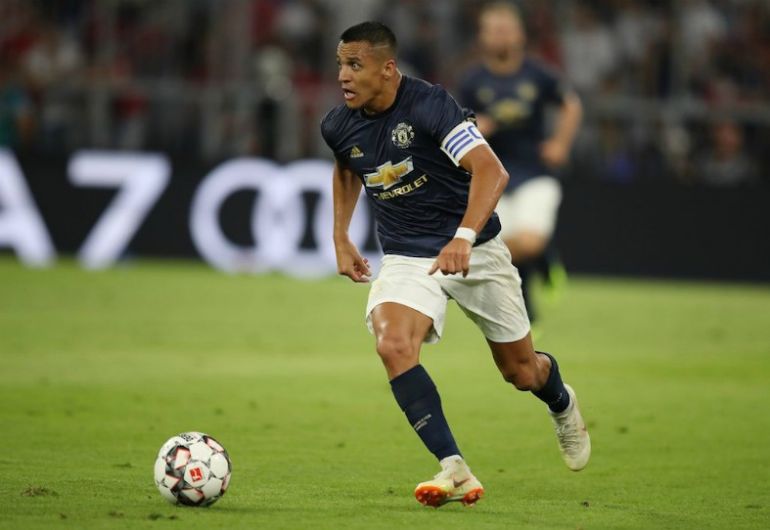 “If he could just get that goal, I am sure that would release some of his confidence. That is what it is about when you go through periods when you do not perform up to your standard.

“We know there is a very, very good player there. It is just like a bottle of ketchup when it never comes but suddenly loads come out.”

United head to Stamford Bridge looking to bounce back from a damaging 2-0 defeat against Paris Saint Germain last week, while Chelsea resume their domestic duties after beating Malmo in the Europa League last Thursday.

The Blues suffered a 6-0 loss at the hand of Manchester City in their last Premier League game which has left club boss Maurizio Sarri in a precarious position and his team are suffering from a loss of confidence in general.

The Red Devils have the perfect opportunity to rub salt in the wounds of their arch-rivals and Sanchez could play a starring role if he is fit and raring to go.

The ex-Arsenal superstar hasn’t endeared himself to the United faithful yet but he remains a top quality footballer and if he can rediscover his best form then Chelsea may be in for a difficult night.