Liverpool manager Jurgen Klopp is set to start Fabinho at centre-back against Bayern Munich in the Champions League on Tuesday night.

According to The Times, Dejan Lovren is unlikely to be fit in time to feature against the Bavarians as he continues his recovery from a hamstring injury.

Klopp is resigned to the being without the Croatian for at least one more game, which leaves him with only Joel Matip to call upon in the heart of the defence for their latest European encounter.

Joe Gomez is still sidelined after surgery on his fractured leg, while club talisman Virgil Van Dijk is unavailable to face Bayern due to suspension. The Times reports that Fabinho will cover in defence alongside Matip, having impressed in the role during a 1-0 over Brighton on January 12.

Klopp is poised to make the key selection decision later today, as he oversees final preparations on the training ground and Liverpool fans must be cursing their bad luck at such an inopportune time of the season. 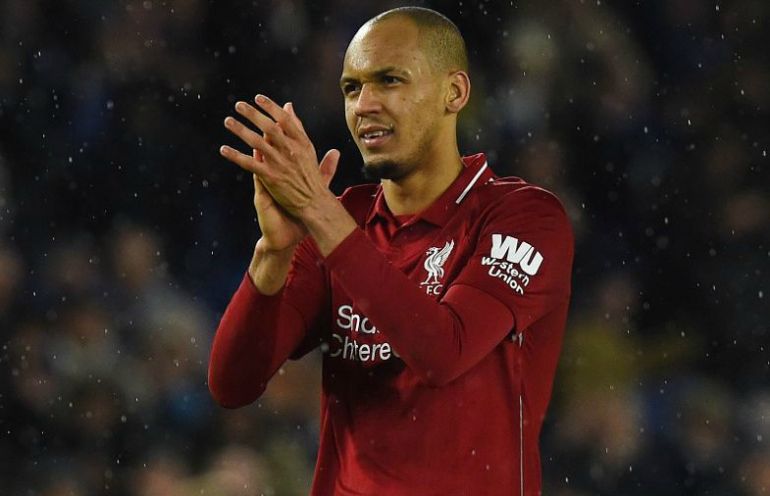 The Reds have struggled at the start of 2019 amid these injury woes, which has ultimately allowed Manchester City to creep back into the Premier League title race.

A 3-0 win over Bournemouth in their last domestic game halted a slide in form, but Liverpool will have to raise their game another level to cope with the threat posed by Bayern.

The Bundesliga champions are seemingly improving with each passing game after a slow start to the 2018-19 campaign and they will fancy their chances of winning the Champions League for the first time since 2013.

That being said, Liverpool are also chasing European glory after coming so close to a sixth crown last season, only to be bested by Real Madrid 3-1 in the showpiece event.

All eyes will be on Fabinho if he does indeed line up at the back tomorrow evening, but he certainly has the quality and composure to make sure that the Reds remain a tough outfit to breakdown.