According to Don Balon, Lukaku has already been offered to Real Madrid, though the piece suggests the Spanish giants have also held an interest in both Dybala and Icardi.

The Spanish outlet also claims United would be ready to use the cash from Lukaku’s sale to help them fund deals worth a combined €230million for Dybala and Icardi.

The pair have both been among the finest attacking players in Serie A in recent times, and could be hugely exciting buys for the Red Devils.

While Icardi could be an ideal like-for-like replacement for the out-of-favour Lukaku, Dybala could serve as an upgrade on another struggling performer – Alexis Sanchez.

Mauro Icardi is a rumoured transfer target for Manchester United

Paulo Dybala is also being linked with Manchester United

‘My health is very, very good’ – Benrahma is raring to go at West Ham despite medical issues 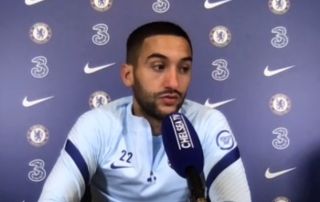 This would no doubt be expensive for United, but they have shown in recent years that they’re ready to splash the cash on big names.

If they bring these two in alongside players like Marcus Rashford and Anthony Martial, they may finally have an attack to compete with the world class forward lines of this season’s big two – Manchester City and Liverpool.