The two sides will meet in the fifth round of the FA Cup at Stamford Bridge this evening, in a repeat of last year’s final, which saw the Blues lift the trophy after a 1-0 win.

The famous competition represents United’s best chance of silverware this season and Solskjaer is likely to name a strong starting XI even in the absence of Anthony Martial and Jesse Lingard.

Both men were ruled out for two weeks after sustaining injuries against Paris Saint Germain in the Champions League, which leaves United short on attacking options.

Alexis Sanchez is available and he might fancy his chances of another match-winning performance in the FA Cup after inspiring United’s 3-1 fourth-round victory over former club Arsenal.

However, the Chilean has been an unreliable figure at Old Trafford since joining the club in January 2018 and thusly Solskjaer could opt to leave him on the bench with a view to using him as an impact substitute.

The Norwegian boss still has Marcus Rashford to call upon, who has enjoyed a fantastic 2019 so far under his stewardship, while Romelu Lukaku is also fully fit.

The Red Devils boss could, therefore, choose to experiment with a new strike partnership, playing both men in attack as part of a 4-4-2 formation. 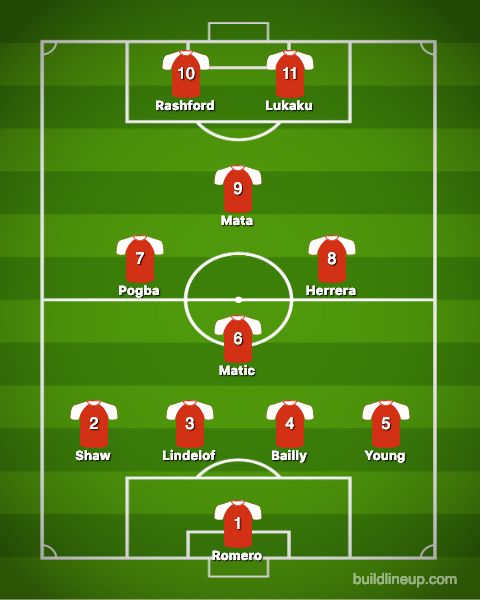 In midfield, a diamond with Juan Mata furthest forward and Nemanja Matic playing in a holding role would surely provide a strong link between defence and attack, especially with Paul Pogba and Ander Herrera flanking them.

In defence, Eric Bailly and Victor Lindelof might both retain their spots at centre-back, while Sergio Romero will surely start over David De Gea in goal in this competition once again.

United have a poor record at Stamford Bridge but if Solskjaer gets his tactics right a quarterfinal spot beckons, especially if Chelsea fail to bounce back from their recent 6-0 drubbing at the hands of Premier League champions Manchester City.