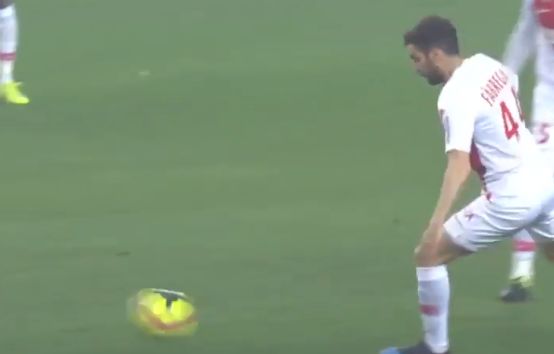 Former Chelsea midfielder Cesc Fabregas clearly still cares about his old club as he was seen watching the Manchester United match last night while he was at an awards ceremony.

The Spaniard left Chelsea for Monaco in the January transfer window, but obviously remained keen to keep an eye on how Maurizio Sarri’s side were doing as he watched the game on his phone.

Fabregas won’t have been pleased with what he saw as CFC lost 2-0 to United and were dumped out of the FA Cup in the process.

Still, that’s commitment for you!