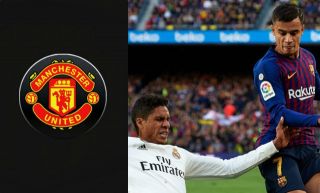 Manchester United look to have been handed a major potential boost in their rumoured transfer pursuit of Real Madrid defender Raphael Varane.

The France international has long been linked with Man Utd and other major clubs after an up-and-down career at the Bernabeu, despite having long looked one of the finest centre-backs in Europe.

That’s widely acknowledged to be a position United could really do with strengthening in the near future, and Don Balon recently linked the club with an interest in a potential £70million deal for Varane.

The 25-year-old would surely be a significant upgrade on the likes of Chris Smalling and Phil Jones, and help the Red Devils close the gap on rivals Manchester City and Liverpool to become genuine title contenders again next season.

And if the latest report from Diario Gol is to be believed, it seems a potential Varane transfer to Old Trafford just got that bit more likely as Real Madrid are closing in on the signing of a replacement in Eder Militao.

Diario Gol’s report states Real have moved closer to landing Militao from Porto in the last 24 hours and that Florentino Perez would be ready to sell Varane if the right offer comes in this summer, with United mentioned as his sole suitors.

This looks an exciting development from a United point of view and fans will hope something can now happen in the coming months.