Chelsea manager Maurizio Sarri is reportedly expecting to be relieved of his duties at Stamford Bridge should the west London club be embarrassed by Man City for the second time this month in the League Cup final this weekend.

The Blues were trounced 6-0 by Pep Guardiola’s side in the Premier League earlier this month, and it looks like the Italian could see his time in charge at the club come to an end should they suffer a defeat of a similar manner this weekend.

According to the Sun, Sarri is expecting to be fired if Chelsea suffer another big defeat to City, with it also being noted that the club’s hierarchy ‘will act’ if the Blues are stuffed by Guardiola’s men yet again this week.

Chelsea’s 6-0 loss to City earlier this month was one of the most embarrassing defeats in the club’s history, and we can’t imagine Sarri will last much longer at Stamford Bridge if they suffer a defeat of similar stature at Wembley.

The Blues have been in dire form since the turn of the year, with defeats to Arsenal, Bournemouth, Man City and Man United seemingly derailing the club’s season. 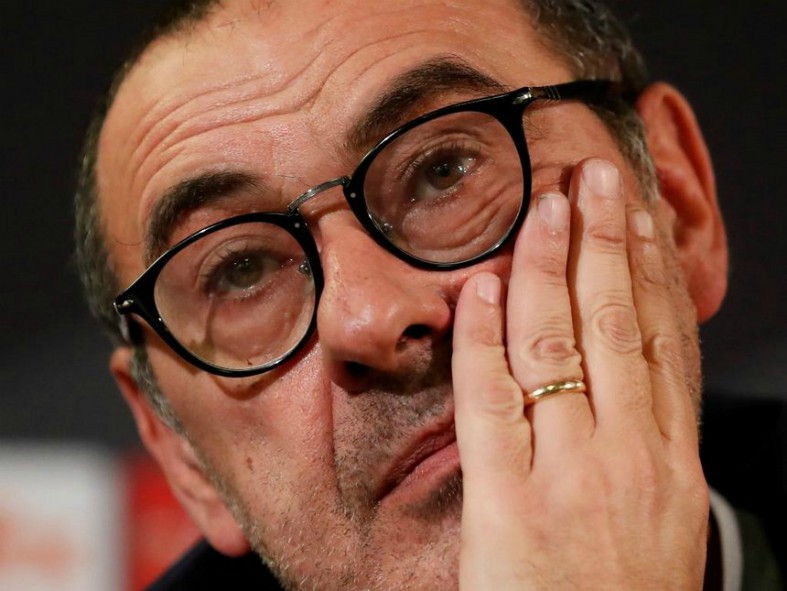 Sarri’s famed style of play, ‘Sarri-ball’, has failed to be an instant hit at Stamford Bridge, and if the Blues fail to get themselves out of the rut they’re currently in, we can’t see the Italian lasting much longer, especially if this report is anything to go off.