Man United have reportedly made contact with the agent of Barcelona and Uruguay star Luis Suarez, with the club said to be eyeing up a move for the goal-machine.

Suarez has been declining heavily in recent years, with the forward looking like a shadow of his former self this season, something that hasn’t seemed to have put United off making a move for the 32-year-old if this report from Diario Gol is anything to go by.

As per the report, the club have contacted Suarez agent, with it also being noted that the Red Devils have made a huge contract offer to Suarez in order to try and convince him to move to Old Trafford.

If United were to complete this deal, it would come as a major shock for most fans, as it doesn’t seem likely that the Uruguayan will be very welcome at United given his eventful past.

Suarez was involved in a very heated race row with United legend Patrice Evra a few years back, something that, when combined with his previous stint at Liverpool, would not make him a welcome arrival amongst United supporters. 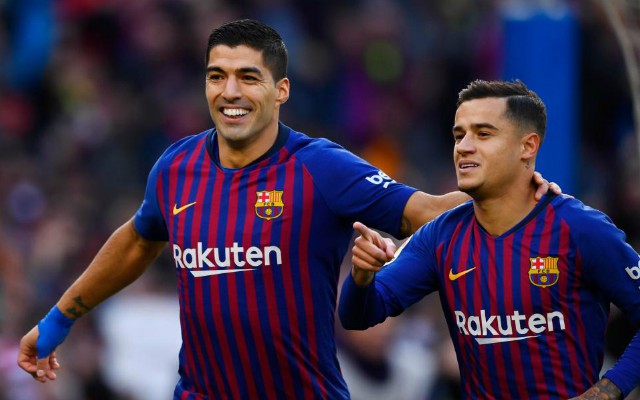 Signing Suarez also wouldn’t really make much sense from United’s point of view, as it’s hard to see how the Uruguayan will get into the club’s starting XI over the likes of Marcus Rashford, Anthony Martial and Romelu Lukaku.

However despite all this, it still seems like United are well in the hunt to secure Suarez’s signature, a move that we’re absolutely certain wouldn’t go down well with the clubs fans should it end up materialising.