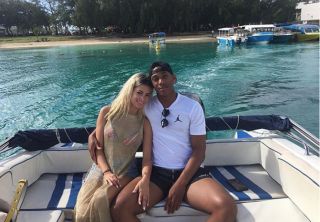 Manchester United star Anthony Martial has appeared to apologise to his family after recent rumours of him having had an affair while his girlfriend was pregnant.

It is not entirely clear if that’s what the France international is referring to in this Instagram post below, but there doesn’t seem to be another explanation for this surprise message.

The Daily Star recently reported on Martial having an affair in a Paris hotel with model Malika Semichi.

However, it seems the 23-year-old is now hoping to put all this behind him as he attempts to extend this olive branch…