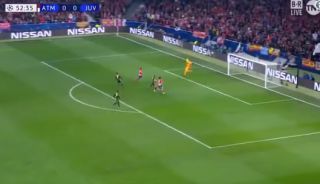 Arsenal fans can’t believe they let Wojciech Szczesny leave for Juventus, especially considering the goalkeeping options they have on their books right now.

And moments like this from the Polish shot-stopper won’t help either, with Antoine Griezmann superbly denied with a finger-tip save onto the bar.

This looked a certain goal for the Atletico Madrid forward in tonight’s big Champions League game against Juventus, but Szczesny saved the day for the visitors.

Still hurts that Arsenal sold Szcz?sny for £10m. All because he had a cig in the shower after a game.

Are you man seeing Sczezny? Dpmo and we’re here stuck with Leno and Cech

Why tf did arsenal sell Szczesny?

why the fuck did arsenal sell Szcz?sny

What a save by Szcz?sny remind me why did we sell him ??