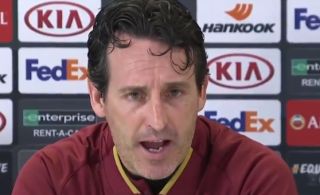 Arsenal manager Unai Emery appeared to take a bit of a swipe at Mesut Ozil’s lack of consistency and excuses for missing games in this video below.

Speaking at his press conference, the Gunners boss explained how Ozil can get back into his team, and said that a big part of it would be missing fewer games with injuries and sickness.

Ozil doesn’t have the best record in that area, seeming to get struck down by problems rather easily, though there’s no doubt he’s also been missed this season as Emery has frozen him out of the side.

It doesn’t seem the door is completely closed to the German playmaker, but see what you think of Emery’s interesting words here…