Chelsea boss Maurizio Sarri is likely to include Callum Hudson Odoi in his starting line up against Malmo in the Europa League on Thursday night.

The Blues will be aiming to bounce back from their disappointing 2-0 FA Cup exit on Monday at the hands of Manchester United, with a 2-1 first leg lead to protect against their Swedish opponents.

Sarri’s men have suffered three defeats in their last five games across all competitions and the Italian boss is now in danger of being forced out of Stamford Bridge, with a huge week of fixtures on the horizon.

A win against Malmo could help to restore confidence within the squad and Sarri is set to ring the changes against Malmo, with mercurial winger Hudson-Odoi in line to start. 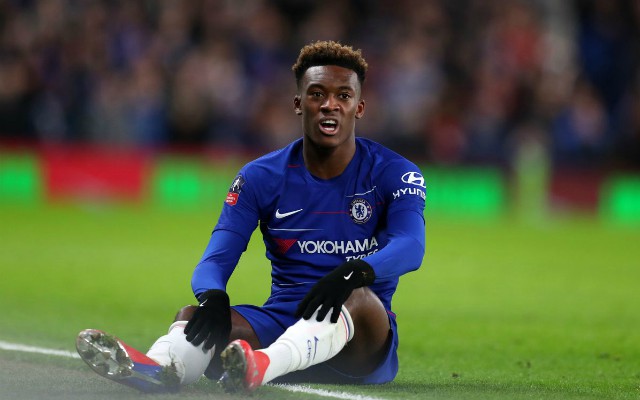 The 18-year-old winger has not seen much senior action this season despite impressive performances whenever he has been called upon and his progress is still being monitored closely by Bayern Munich and Paris Saint Germain ahead of a possible summer transfer – as per The Guardian.

He will probably have another chance to prove himself at Stamford Bridge this evening on the left-hand side, in a front three with Willian on the right and Olivier Giroud up front in place of Gonzalo Higuain.

Mateo Kovacic and Ross Barkey could be granted a rare start together in midfield, with Jorginho set to retain his spot in a holding role ahead of N’Golo Kante.

Across the defence, Emerson Palmieri may be included at left-back, while Andreas Christensen is expected to play alongside David Luiz in the heart of the defence.

Anything other than a comfortable Chelsea victory could heap more pressure on Sarri, but with the attacking options at his disposal and an organised set-up in place to face Malmo, progress to the last-16 of the Europa League looks all but a certainty. 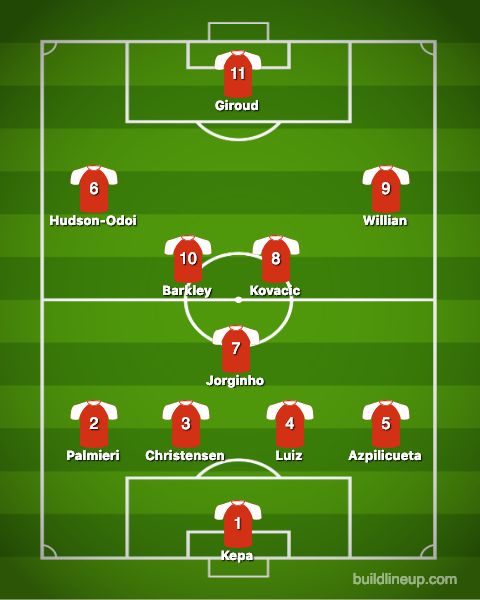