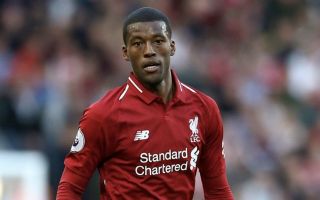 Liverpool midfielder Georginio Wijnaldum believes Manchester United are a much stronger team under the stewardship of Ole Gunnar Solskjaer.

Since the Norwegian was installed as caretaker boss back in December after Jose Mourinho’s sacking, the team has embarked on an impressive run of 11 wins from 13 matches across all competitions.

The Red Devils have rediscovered their attacking verve and look solid it at the back again, a far cry from the outfit which slipped into midtable anonymity during the final few months of Mourinho’s reign.

Liverpool, meanwhile, are gunning for the Premier League title, joint top of the table along with reigning champions Manchester City, with a game in hand.

Jurgen Klopp’s men face off against Solskjaer’s rejuvenated United on Sunday at Old Trafford and Wijnaldum is expecting a huge test. 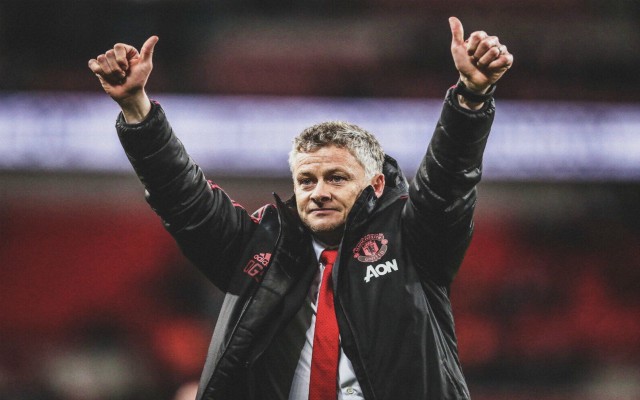 The Dutchman implied that the Red Devils are a much-improved side from the one which Liverpool comfortably beat 3-1 at Anfield back in December, before revealing his excitement ahead of the clash.

“I think it is going to be a real big change,” Wijnaldum told reporters, as per ESPN. “Since the new manager came in there is a new flow, they played good games and have won a lot and that is building confidence in the team.

“It is also a home game for them so they will have a lot of confidence as they don’t have the problems they had before. It is going to be a difficult game but I’m looking forward to it.”

Liverpool will return to the Premier League summit with either a win or a draw at the Theatre of Dreams, while Man City are in Carabao Cup final action against Chelsea on the same day.

United will want to stall their arch-rival’s title charge, while also boosting their chances of finishing in the top four ahead of Arsenal and Chelsea.

Wijnaldum went on to state that Liverpool’s latest opponents could hold the edge by playing at home, before admitting he is unsure how the match will ultimately play out. 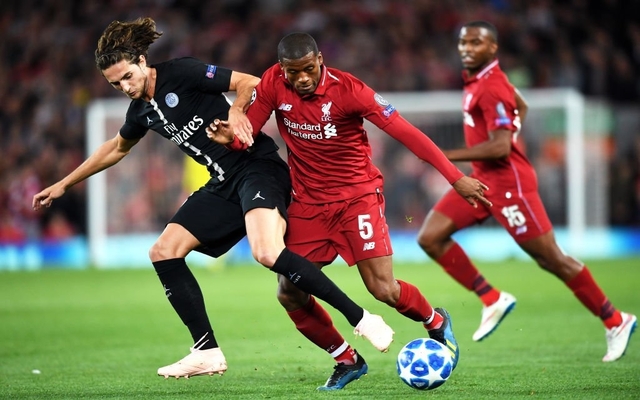 Wijnaldum in action for Liverpool

“One of the advantages [for them] is that they will play at home,” he added – as per ESPN. “I think a lot of teams, when they come to Anfield and they play a draw, they think it is a good result. I don’t think it is a bad result for them, but neither is it for us.

“I don’t think they will play really open because they know we are good on the counterattack, but they also know we score goals with good football and create chances.

“It’s difficult to say how the game is going to go, but it is going to be a tough one that’s for sure.”