Celtic supporters were embroiled in violent scenes with Spanish police on Wednesday night ahead of their team’s Europa League clash with Valencia.

The Scottish fans are in Spain for the second leg of their team’s round of 32-tie against Los Ches, with Celtic looking to overturn a 2-0 first leg defeat.

On the eve of the game, a nasty showdown between the Spanish police and Hoops supporters too place, with the men in uniform caught on camera using batons to subdue certain members of the group – as per The Sun.

Some fans have also claimed online that rubber bullets were fired at them and in one particular video a gun can be heard firing in the background.

The Scottish contingent can be seen trying to flee the scene before the cops track them down and continue to hit them with their batons, in nasty images which have already blighted the football match scheduled at the Mestalla on Thursday evening. 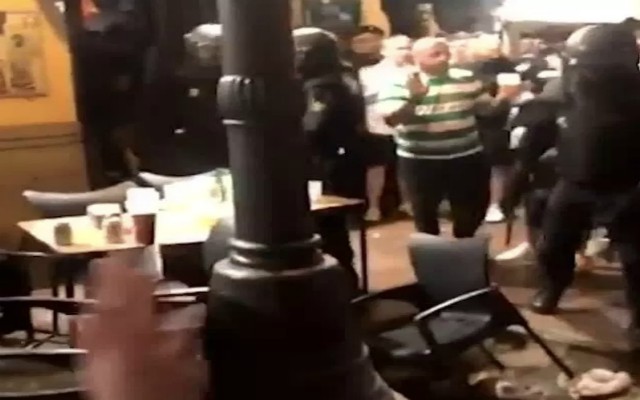 Another clip shows a group of fans standing outside a local bar seemingly drinking and minding their own business before a hoard of policemen swarm around them and begin to use their truncheons.

One man has been filmed lying on the floor in pain, though it is unclear whether or not he was a victim of the excessive force used by the officers, as The Sun reports.

A man caught up in the incident on the Valencia streets reportedly wrote online that the attack was completely unprovoked, while fans back from Great Britain have also voiced their outrage on social media. 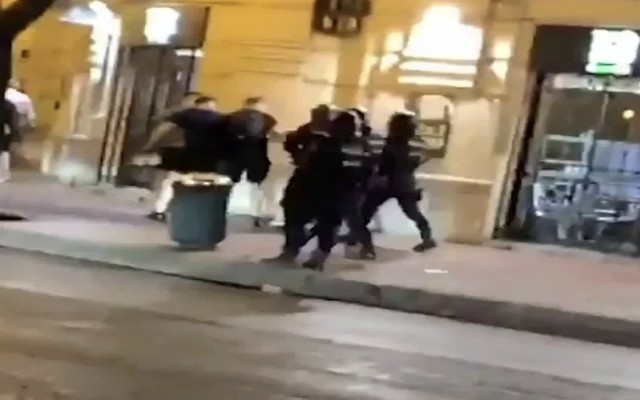 Michael McDevitt wrote: “I think this is absolutely shocking behaviour from the police. Celtic fans have the label of the best-behaved fans in the World. Stay safe Bhoys and Ghirls. Enjoy the game have fun.”

Another user also weighed in on the violent scenes, stating: “Disgusting behaviour from the polis they are hooligans in uniform stay safe Bhoys hail.”

Brendan Rodgers will surely be hoping that no one has been badly hurt and that his squad are not distracted by these events, ahead of their bid to qualify for the last 16 of the Europa League.

Celtic were outplayed at Celtic Park but they will have to push forward in search of goals in the return leg, which could make for an entertaining contest.