According to Mirror Football, Cantona believes that his former teammate should be given the permanent job because he’s “the true spiritual son of Sir Alex Ferguson”, the Frenchman also likened the pair’s relationship to the one between Pep Guardiola and the late Johan Cruyff.

Cantona strongly believes that the Norwegian has managed to come in and restore the identity of the team – which was lost after Ferguson’s retirement.

Solskjaer has managed to defy the odds and catapult United into a top four spot since taking the reigns from Jose Mourinho before Christmas. 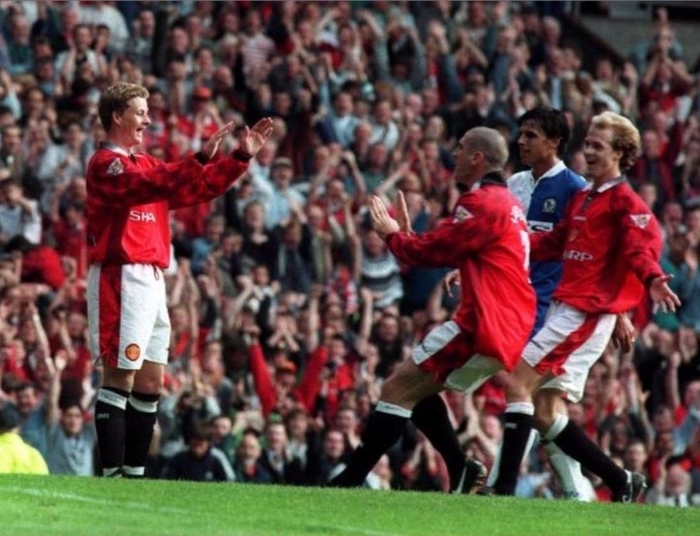 Cantona captained Solskjaer in his final season at Old Trafford, it seems as though the United icon is gunning for Solskjaer to be handed the job over any other possible candidates because of his connection with the club.

Should Solskjaer be given the chance to start a long-term project with the Red Devils – is it too much to say that they could emulate the success that Guardiola had with Barcelona?

The main reason that Solskjaer has been a revelation with the club is that he understands the philosophy that the Old Trafford outfit adopt and he’s managed to integrate that back into the side after so long.

“He’s got the soul of the club and you feel that he has been inspired by Alex Ferguson,”

“It’s like Johan Cruyff and Pep Guardiola in Barcelona – Ole Gunnar is the spiritual son of Alex Ferguson.

“Not all players can become managers, but some of them can and for me it’s important that at a club like Manchester United you have somebody who has the soul of the club, who understands the club from inside.

“I think he should be given the job permanently. I would love to see that.

“I don’t know the agreement he has with the club, but for me as a fan – because now I am a United fan – it’s a great feeling to feel the soul of the club, finally. We lost that since Ferguson retired.”

Manchester United have a mammoth clash coming up on Sunday against bitter rivals Liverpool, this clash will have implications on Liverpool’s title hopes and the Red Devils’ hopes of finishing in the top four.