Maurizio Sarri is making a huge gamble with Chelsea’s team before their League Cup final clash against Manchester City tomorrow. Will the Italian’s risk pay off?

According to The Sun, Maurizio Sarri has decided to just call his players in for a one hour training session today ahead of the season’s first final in an attempt to not stop the players’ confidence from hitting rock-bottom after the side have endured a difficult couple of weeks.

Sunday will see Chelsea and Manchester City meet in the League Cup final, just two weeks after Pep Guardiola’s side hammered the Blues 6-0.

To make matters worse Chelsea crashed out of the FA Cup this past Monday after a 2-0 defeat Ole Gunnar Solskjaer’s rejuvenated Manchester United side. 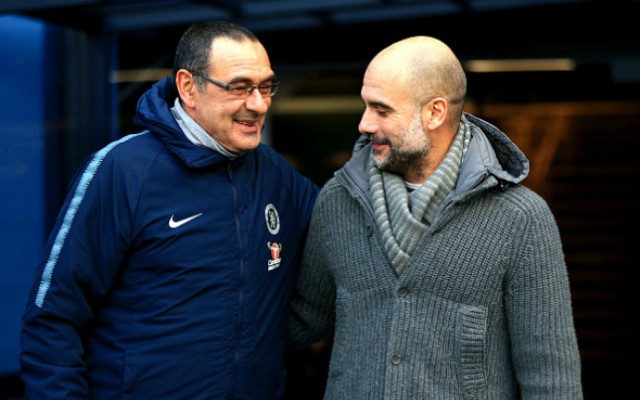 Will the League Cup final be a case of repeat or revenge?

Sarri needs to turn around Chelsea’s form very quickly, the Italian could even be given the axe in the coming days if performances don’t improve. The Blues face City tomorrow before hosting Tottenham in a important Premier League clash on Wednesday night.

Two losses for Chelsea could force the board to bite the bullet and relieve Sarri of his duties.

Sarri revealed his plans for just one hour of training following the Blues’ 3-0 win against Malmo on Thursday night, the west London club have now advanced to the next stage of the Europa League:

He said: “Against Malmo for 30 minutes, I saw a team very worried. Without confidence.

“So I don’t want to press them — we’ll prepare for the match only on Saturday.

“I didn’t like our minds in the first 30 minutes.

“I want to see something more free so we will prepare in 60 minutes, no more.”

Guardiola believes that Chelsea could be a tougher proposition as they will have extra motivation following their embarrassing 6-0 defeat to City two weeks ago:

PEP ? In that moment I was so happy, but today I wish we hadn’t beaten Chelsea 6-0.

The players and manager will be focused to beat us.