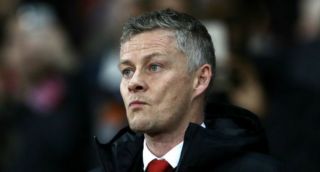 Interim Man Utd boss Ole Gunnar Solskjaer has made an impressive impact since being appointed in December, but it hasn’t been all smiles all the time.

Since taking charge, the Norwegian tactician has won 11 games, drawn one and lost one with the Red Devils back in the top four in the Premier League and advancing to the FA Cup quarter-finals.

In turn, there is no doubt that he has had a positive influence on the squad to lift the mood after the struggles under Jose Mourinho, as he has painted a positive and vibrant figure in all his interviews and press conferences thus far.

Instilling confidence, belief and enjoyment back into the players has ultimately been his motto, but it would appear as though there is a different side to him too as he made his point early on.

According to The Times, Solskjaer blasted two unnamed Man Utd players in one of his first team meetings in front of the rest of the squad for being late.

It’s added that it had the desired impact, as no players has been late since. With that in mind, it’s clear that he has gained the respect of his squad since arriving back at Old Trafford as they have evidently got behind him and bought into his style of management.

Further, it will be intriguing for most United fans to know that about Solskjaer, as ultimately that side of his personality will undoubtedly be needed moving forward if he does get the job on a permanent basis, rather than simply trying to restore former glories in the short-term.

Various other fascinating points are made in the report, from Solskjaer’s desire to see players wear suits again before games, to using sports science data to prevent injuries and delegating duties during training.

His approach and style of management has certainly paid off to this point, and if he can continue to pick up positive results in the coming weeks with clashes against Liverpool, PSG and Arsenal, there would seem to be little reason as to why he can’t get the job on a full-time basis.