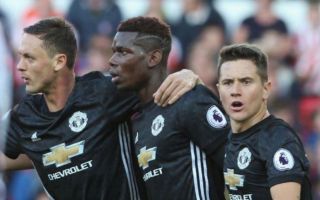 Manchester United have been dealt some bad news, after it was reported that key midfield star Nemanja Matic could be out injured for up to a month after sustaining a problem in training.

Matic has been in fine form for the Red Devils ever since Ole Gunnar Solskjaer was brought in to replace Jose Mourinho back in December, a factor that makes this news an even bigger blow than it already is.

According to journalist Rob Dawson, Matic picked up an injury in training on Saturday, something that could put the Serbian ace on the sidelines for up to a month.

Nemanja Matic not in the United team today. Injured in training yesterday. Fears after initial assessment he could be out for up to a month but will have more scans next week. Would be a big blow.

If Matic were to be out for a month, it would be a huge blow for the Red Devils, as it means the player would miss key clashes against PSG and Arsenal in the Champions League and Premier League respectively.

United are without Matic for today’s clash against Liverpool, a tie that could end up playing a huge role in the title race come the end of the season.

A win or draw for the Reds will see them go above Man City, however a defeat will see them end the day in second place, although only on goal difference.

Even though it’ll help out local rivals City massively, we’re sure every United fan out there would want to see their side beat Liverpool today and deal a huge blow to the Reds’ tile hopes.