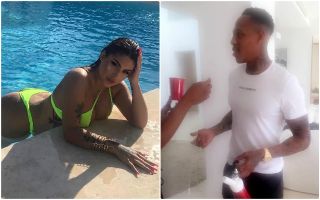 Liverpool defender Nathaniel Clyne, on-loan at Bournemouth, has landed himself in hot water after it was revealed he flew out 8 girls, two aged 16 and 17, out to a wild weekend in Marbella.

According to The Sun, England international Clyne flew out 8 girls, including a 16 and 17-year-old, to a wild party weekend in Marbella at the same time that his side Bournemouth, were losing to parent club Liverpool.

According to the report the 27-year-old also invited seven men on the all-expenses paid trip – it’s understood that the partygoers were drinking heavily and even taking what’s known as ‘hippy crack’.

Of course Clyne wasn’t eligible to play against his parent club but his decision to jet off on a wild, boozy weekend will certainly anger the chiefs of both Bournemouth and Liverpool.

The report highlights that Clyne bedded Instagram babe Estelle Morain and at least one other woman on different nights.

Here’s some pictures of Estelle at the beachfront villa which reportedly cost £3,000 a night to rent:

Clyne’s decision to bed Estelle is thought to have surprised one of the teenagers who was invited on the trip, the teen was expecting a romantic holiday with the Premier League ace.

Clyne invited the teenagers on the trip after meeting one in a club two months earlier and the other on a later night out.

It’s understood that Clyne wasn’t aware of the girls ages.

A source from the report from The Sun shed some light on the situation:

“One girl burst into tears when they landed at Marbella Airport and she saw the other women.

“She thought it was a romantic trip with Nathaniel.

“The group was completely random. The teenagers knew each other but none of the other women were friends.”

Clyne needs to get his act together as the source also revealed that:

“They (the girls) couldn’t believe he was a footballer, given he seems to spend all his time partying.”

Clyne has played five games for Bournemouth in the league since joining the Cherries on loan in January. 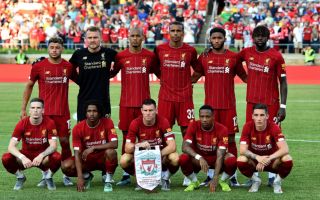