Man United have been dealt some great news, after it was noted that transfer target Philippe Coutinho has been put up for sale by Barcelona, with the Spanish giants willing to listen to offers for the Brazilian.

This is according to Don Balon, who note that the Blaugrana are ready to let the player leave at the end of the season, and that the midfielder currently holds a market value of around €150M (£130M).

As per the Metro, United have been interested in bringing Coutinho to Old Trafford for a fair few years now, and it finally seems like they’re to be given the chance to do so following this news.

Coutinho has struggled dearly for Barca this season, with the Brazilian international losing his first team role to a rejuvenated Ousmane Dembele.

The former Liverpool man impressed during his first six months at the club since his move from the Reds last season, however this term, the 26-year-old has looked like a shadow of his former self. 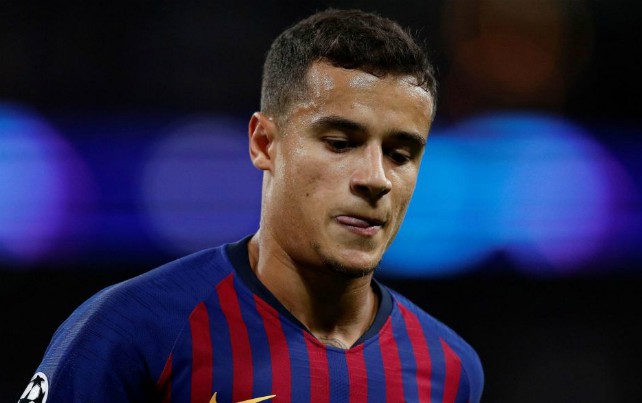 United only really have Juan Mata and Paul Pogba as their main creative midfielders, therefore bringing in Coutinho should be somewhat of a priority for the Red Devils this summer.

The Brazilian showed during his time with Liverpool that he has what it takes to compete against the best the Premier League has to offer.