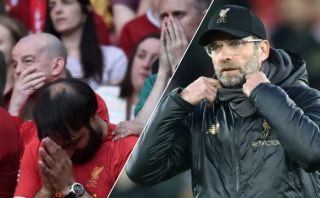 Liverpool have confirmed their team to take on Man United at Old Trafford this afternoon, and one specific decision from Jurgen Klopp hasn’t gone down too well with fans.

The Reds travel to Manchester to take on Ole Gunnar Solskjaer’s side today, knowing that a draw or a win will see them leapfrog Man City to go top of the Premier League.

Klopp has decided to name an almost full-strength line-up for today’s game, with the likes of Mohamed Salah, Sadio Mane, Roberto Firmino and Virgil Van Dijk all starting for the away side.

However, one selection that hasn’t gone down too well with fans is the one to start James Milner over Trent-Alexander Arnold.

Alexander-Arnold was in fine form for the Reds before getting injured, and considering Milner will most likely have to compete with Marcus Rashford down their right hand side this afternoon, it doesn’t seem like the best decision to start the 33-year-old this afternoon.

We’re not the only ones confused by this choice to start Milner at right back, as a whole host of Liverpool fans have taken to Twitter themselves to question the selection ahead of today’s game.

We can see where they’re coming from to be fair…

Why not Alexander Arnold? ? pic.twitter.com/qoLtwu9OEO

What is Trent doing on the bench?

Why tf is Trent not starting

Why is Trent not in the starting line-up??