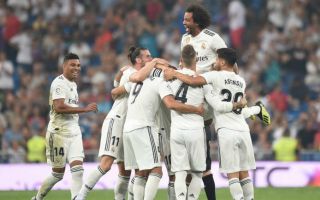 Manchester United, Chelsea and Tottenham are reportedly the only three clubs interested in the potential transfer of Gareth Bale this summer.

Real Madrid are struggling to find any other buyers for Bale, according to Don Balon, with the Premier League trio also currently unwilling to pay more than €80million for the Wales international.

With that being the case, Don Balon claim Real would rather try to use Bale in a swap deal for one of their two top targets based at Chelsea and Spurs – Eden Hazard or Harry Kane, respectively.

This is encouraging for Chelsea in particular, as they’re looking like facing an increasing struggle to keep hold of Hazard, who will be in the final year of his contract next season.

The Blues were recently handed a transfer ban but can appeal it, potentially giving them this summer to still make signings before eventually serving their punishment.

A replacement for Hazard would surely be a top priority in that case, and though Bale has his flaws, he would at least be a direct replacement in attack for the Belgium international.

The 29-year-old could also have been very useful as an upgrade on Alexis Sanchez at Man Utd, while Spurs would of course surely love to have their former player back after nearly six years away.

This desire to use Bale in a swap deal, however, surely puts Chelsea in the strongest position as they would perhaps be most likely to accept it, with Tottenham perhaps less likely to be keen on offloading Kane now, and under less pressure to do so anyway.