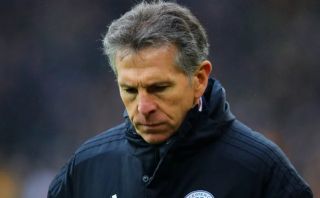 Leicester City are reportedly preparing to make their move for Celtic manager Brendan Rodgers as their replacement for Claude Puel in the coming days.

The Foxes have just parted company with the struggling French tactician after a difficult run, and it seems they’re thinking big for their next appointment.

Rodgers has previously shone in the Premier League with Swansea City and Liverpool, while he’s also done fine work at Celtic.

And the Telegraph now report the Northern Irish tactician is set to be the subject of an approach from Leicester as they look to secure his signature this season in an ambitious move.

This would undoubtedly be an exciting appointment for Leicester, who could do with a more inspirational figure in charge at the King Power Stadium after struggling post the Claudio Ranieri euphoria of their title win in 2015/16.

Craig Shakespeare didn’t last long after replacing the charismatic Italian, and Puel never really made the best impression at the club.

Rodgers would certainly be a step up from that and Leicester fans will surely be hoping they can now prise him away from Celtic.