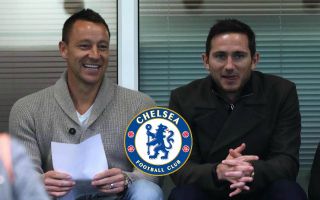 Chelsea legend John Terry would reportedly jump at the chance to take up a role with the Blues amid talk of a shake-up at the club.

The former England international is currently assistant manager at Championship side Aston Villa, but it seems he’d be ready to drop all that for a chance of taking up any kind of role at Stamford Bridge.

This is according to a report from the Telegraph, though they also stress that it is not currently clear if Chelsea are going to offer him anything.

The piece explains that Maurizio Sarri remains safe for the upcoming Tottenham game, but his future remains in doubt if there are more bad results or shows of rebellion from players as there was with goalkeeper Kepa Arrizabalaga against Manchester City on Sunday.

Steve Holland would be the favourite to replace Sarri as manager until the end of the season, say the Telegraph, but it seems Terry is waiting for a call if he can offer anything to his old club as well.

Despite being in the early stages of his coaching career at Villa, Terry’s leadership qualities and connection with CFC could serve him well in some kind of coaching role in the future.