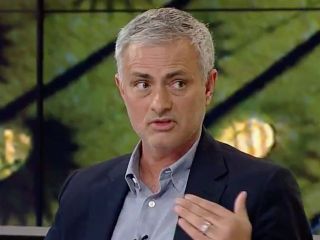 Jose Mourinho has suggested that he’ll ideally be back in management this summer in what would be his first role since leaving Man Utd.

As noted in their official statement, the Red Devils confirmed that they had parted company with Mourinho on December 18 after an underwhelming first half of the campaign.

With United struggling to even break into the top four in the Premier League, it was a decision that arguably had to be made amid ongoing struggles to get the best out of the players at his disposal as well as some poor overall performances.

Interim boss Ole Gunnar Solskjaer has enjoyed a positive spell in charge thus far, leading a resurgent Man Utd back into contention for a top-four finish while advancing to the quarter-finals of the FA Cup.

Meanwhile, Mourinho has been busy with punditry work over the last two months, making countless appearances around the world on various networks.

However, the Portuguese tactician has now revealed that he’s hoping to be back in management this summer, although there was no suggestion as to where that might be.

“In this short phase of my life, which I hope is only until June, I’m more concerned about what others would do than what I would do,” he told DAZN Espana, as noted by ESPN.

Time will tell which clubs would be willing to appoint the ‘Special One’, as it could be argued that he has to repair some damage to his reputation given the way in which his tenure at United deteriorated as well as the manner in which it ended.

Nevertheless, his trophy haul speaks for itself, and so it wouldn’t come as much of a surprise if he did land another major role.