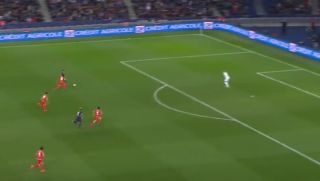 The Argentine scored twice in the game, but this first was a truly special strike that will no doubt have Manchester United fans worried ahead of their game next week.

Di Maria already shone for PSG in their 2-0 win at Old Trafford in the first leg, and if he carries on producing performances like this, the Red Devils will have a hard time keeping their former player quiet when they next meet.