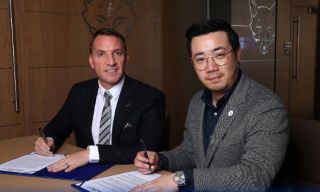 Brendan Rodgers has sent his first message to Leicester City fans after being appointed their new manager.

The Northern Irishman has just been officially confirmed as Claude Puel’s replacement, moving from Celtic to return to the Premier League for the first time since leaving Liverpool in 2015.

Rodgers looks an exciting appointment for the Foxes, who were not progressing as hoped under Puel.

It seems he’s also excited to be at the King Power Stadium as he sent a message full of optimism about the future upon being unveiled by Leicester this evening: