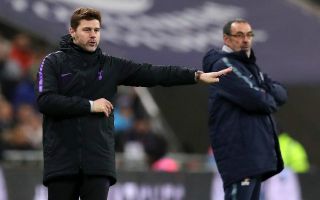 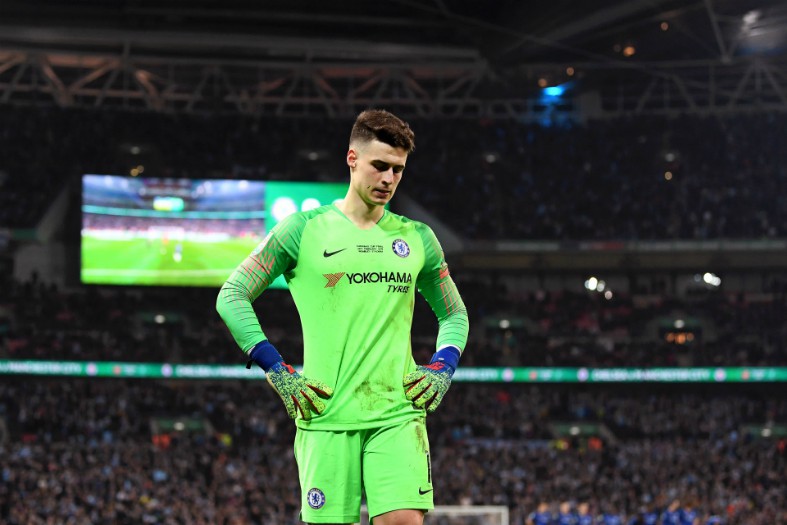 Will Kepa play for Chelsea vs Tottenham?

It’s not often we say this about a goalkeeper, but Kepa Arrizabalaga will absolutely be the one to watch in this game.

Firstly – will he play? The Daily Star have reported that the Spanish shot-stopper will keep his place for the visit of Tottenham, and, in fairness, he is Maurizio Sarri’s best option, whether he likes it or not.

And if he does, will his confidence be affected? How will it rub off on the rest of his team-mates? How much does it undermine Sarri’s authority in such an important game.

At the other end, Harry Kane is back in action and immediately got back on the score sheet in Tottenham’s defeat to Burnley, and he must be relishing coming up against this dodgy Chelsea defence and a goalkeeper at the centre of so much controversy.

For Chelsea, it’s certainly not good at all. Since they last met Tottenham in the Carabao Cup semi-finals, they’ve won four and lost four. That of course includes those absolute disasterclass defeats to Bournemouth (4-0) and Manchester City (6-0), while they’ve also been knocked out of the FA Cup by Manchester United, and lost the Carabao Cup final on penalties to City.

Many of the Blues’ worst results, however, have come away from home, and at Stamford Bridge their record this season is much better. Sarri has lost just one league game at home, a 1-0 reverse against Leicester City back in December. Of their last seven at home in all competitions, they’ve won six, scoring 17 and conceding just 4.

Spurs go into the game in rather mixed form this season, with four wins out of their last five, with that fifth game being the defeat to Burnley.

Remarkably, Mauricio Pochettino’s men still haven’t drawn a game in the Premier League this season, so that presumably means they’ll either be brilliant or awful this Wednesday night.

Chelsea just edged it on penalties, winning 2-1 in the second leg of their Carabao Cup semi-final, making it 2-2 on aggregate.

Jorginho scored the cheekiest of penalties in the shoot-out, before David Luiz charged at the ball like a hyper-active bull before slamming it home and sending the Blues to Wembley.

All eyes will be on Sarri – could a defeat in this game finally be the final straw that costs the Italian his job?

The Metro report that Chelsea’s players think so, with club chiefs also said to be tempted to pull the trigger as he no longer looks likely to achieve the minimum target of Champions League qualification.

While Sarri’s tactics may have worked wonders at Napoli, it took him time to make his philosophy work – the kind of time he just won’t get working under Roman Abramovich.

Maurizio Sarri is a man under pressure at Chelsea

That said, he did show some signs of flexibility as he went a bit more defensive against City at the weekend, holding Pep Guardiola’s side to a 0-0 that shouldn’t be sniffed at or forgotten amid all the Kepa craziness.

It’ll take smart work from Sarri again to get one over Pochettino, who, by the way should also not be overlooked here.

If the Argentine can get three points from the Bridge as he did last season, his team will be in with a slim chance of getting themselves very much back into this title race.

Neither Liverpool nor City look unstoppable at the moment, with the former taking a particular slump recently while the latter just aren’t quite as convincing as last season, with some slightly fortunate wins over Schalke and Chelsea in their last two games.

If Tottenham can win this big away game they’ll certainly be making a statement, as it shows they can hope to overcome the difficult fixture list ahead of them in the final months of the season, with trips to City and Liverpool still on the agenda, as well as a home game against Arsenal.

In other words, this game really be bigger in terms of the potential repercussions for both men in the dugout.

The negative energy surrounding Sarri’s Chelsea seems too much to bear. Tottenham are generally the better side, and have now got over their Stamford Bridge hoodoo with their long-awaited win last season.