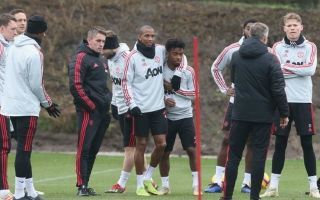 Solskjaer is short of options at the moment due to a long injury list, and the Palace game made sense as one in which he might be tempted to rotate anyway.

United have a lot of big fixtures coming up in quick succession and that could open the door to Chong and others, who have become increasingly involved in the first-team matchday squad in recent times.

The Manchester Evening News now expect Chong could finally get his first Premier League game at Selhurst Park, in what would be an exciting moment for MUFC fans.

The 19-year-old has long been considered one of the most promising talents coming through at Old Trafford, and was tracked by a host of other top clubs while he was at Feyenoord earlier in his career.

The Dutch starlet now looks ready to make an impact for the Man Utd first-team as Solskjaer seems committed to using the club’s academy.