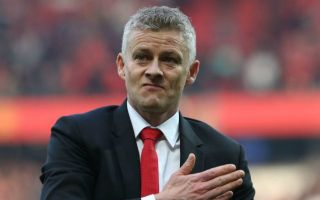 Ole Gunnar Solskjaer has reportedly made a personal intervention to keep Andreas Pereira at Manchester United.

According to the Metro, the Red Devils’ interim manager has assured the young Brazilian that he is in his first-team plans for the future after blocking his exit in the January transfer window.

MORE: Manchester United legend makes prediction about Red Devils wonderkid after being freaked out by his talent

This will please United fans who want to see young players given a chance, with Pereira always looking a decent option for the club whenever he has been involved, even if he’s generally struggled to get a consistent run in the side.

It seems Solskjaer rates the 23-year-old highly, and United could definitely do with him as another option in midfield after Fred’s struggles to settle at Old Trafford after his big-money move from Shakhtar Donetsk in the summer.

Nemanja Matic and Ander Herrera are also a little on the old side, so cannot necessarily play to a high level every few days as is required for a club like Man Utd.

MUFC supporters will now hope Solskjaer’s message to Pereira can persuade him to stay and fight for his place at the club.